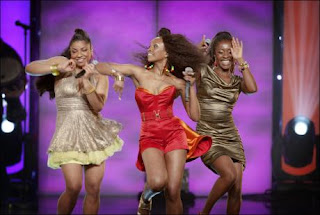 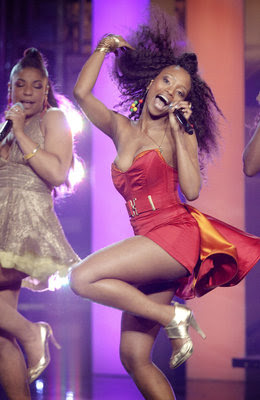 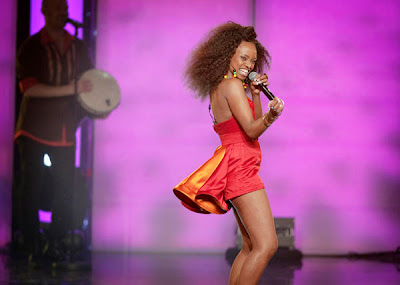 Stella Mwangi an artist of Kenyan origin in Norway won the coveted Melodi Grand Prix title in Norway 2011. Stella singing her winner song “Haba Haba Hujaza Kibaba” will now represent Norway in the Eurovision Song contest in Düsseldorf, Germany in May this year. Haba Haba song scored definite majority votes 280,217 against the closest rival “the Blacksheeps” song “Dance Tonight” 155,059 in an eight finalist contest in the 5,000 spectator fully parked Oslo Spectrum on Saturday 12.02.2011. Two weeks earlier, Stella won a direct final ticket in one of the elimination finals held in Skien in Norway. Since then the single hit Haba Haba has been No. 1 on the iTunes list in Norway.

Stella Mwangi and her family came to Norway as political refugees at the tender age of four years. According to her, she has always liked to sing. Although her music has made inroads in the African continent, this is her first debut in the Norwegian music scene. And she did it in a big way.

Apart from the spectacular dance performance accompanying the song, the song text is great and full of motivational significance. Stella composed the song herself from the encouraging words of her grandmother “Haba haba hujaza kibaba”. In the simple text, Stella captures the eternal wisdom taught by personal development books and speakers on significance of having a dream, vision, belief, faith, action, persistence, and gratitude. It is all about the law of attraction and the secret of success. The song has a profound message to all listeners and especially young people, that “if you have a dream and work hard to achieve it, persisting even when the going gets tough and having faith and gratitude for the small steps taken, little things and achievements you encounter every day, you will finally succeed.” Stella is at the threshold of her success. She is a living testimony to the veracity of the old tested message in her song. It resonates with the Obama “Yes We Can” catchphrase.

Here is the text:

As a person of Kenyan origin living in Norway, Stella makes me proud. Stella’s family was there to support her, witness her victory, and was extremely proud of her. Her success has made Norway, Kenya, Africa and all immigrant peoples proud. By breaking the barriers of prejudice and bigotry, Stella has demonstrated that if you are good at what you do you are unstoppable. But the real congratulations go to the Norwegian people. Their overwhelming vote for Stella attests to the superiority of merit over prejudice.

I believe that Europe is ready for Stella and the best song will win in May.
Lagt inn av Dr. Stephen Kabera Karanja kl. 15:20 1 comment: