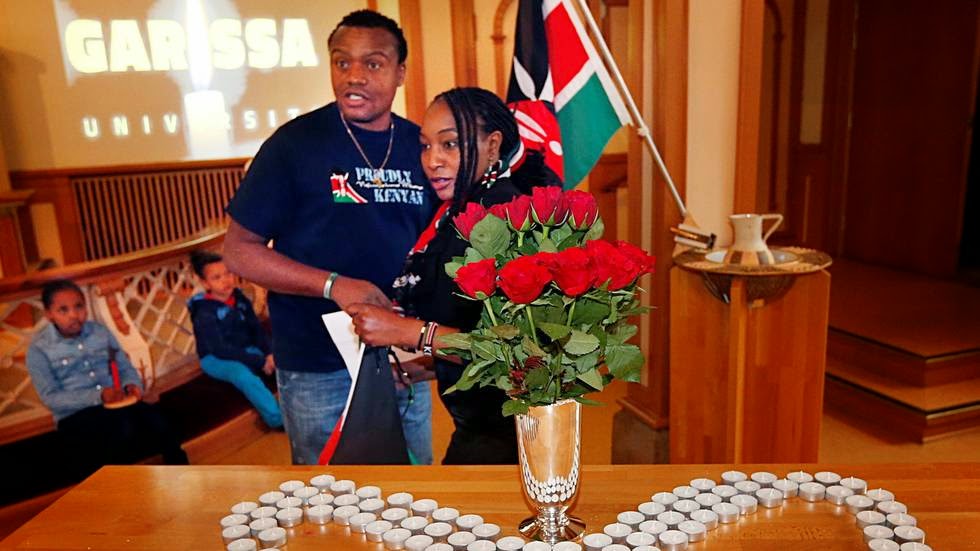 Thank you AKIN (Association of Kenyans in Norway) and KESAN (Kenya Student Association in Norway) for organizing this service where we commemorate the victims of Garissa University terrorist attack. 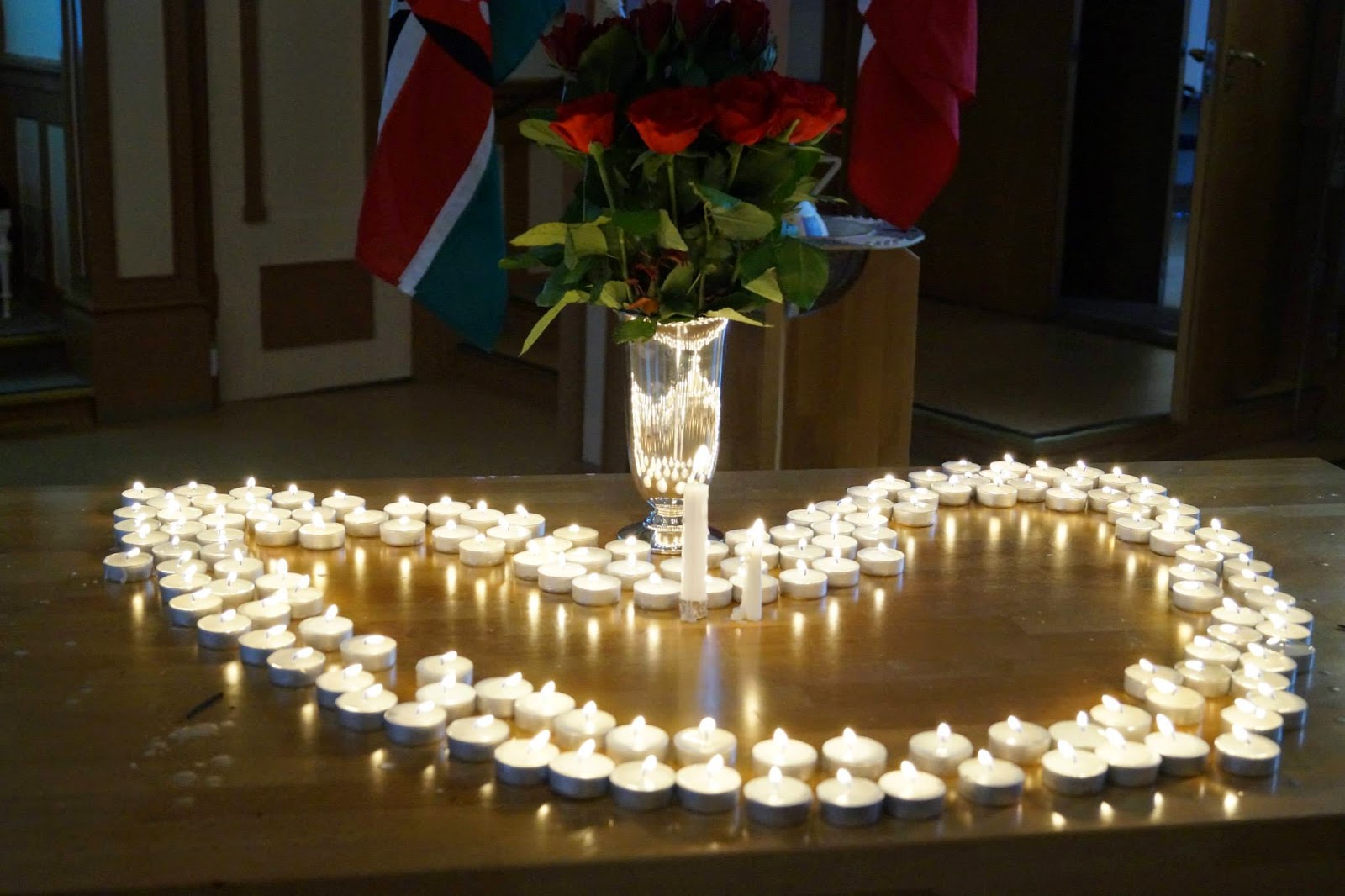 Like most other Kenyans, I was deeply saddened by this heinous, cruel, inhuman and murderous acts by the terrorist against innocent students and security forces.

No amount of rationalization can give solace to my heart and those of the affected students and their families. The acts were brutal and heinous period.

As we offer our condolences and sympathies to the families of those who lost their dear lives, the many injured and hundreds traumatized, let us also pray that the almighty God may give them strength, solace and inner peace. Let us also pray for the President of Republic of Kenya Mr. Uhuru Kenyatta and his government that God may give them courage and wisdom to deal with the terror threat facing the country. 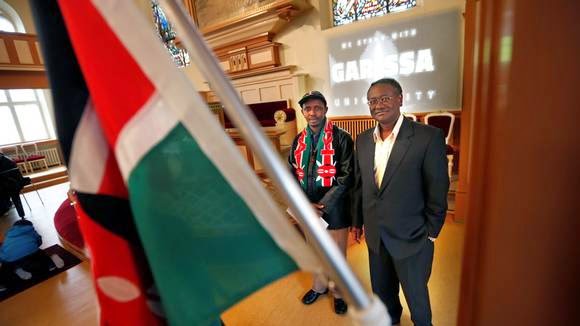 This is really a very difficult time for the victims and their families. They need our support and consolation physically, materially, psychologically and spiritually.

I learnt of the tragedy about two hours after it started unfolding. I was doing my morning ritual of perusing over the news headlines on my smartphone. I did this as I lay in bed as it was a free day when a news item about Garissa University terrorist attack got my attention.

I screamed, Oh my God, it has happened. I said to myself these words because Garissa University is not a strange place for me. Two years ago my nephew was a student there when it was a teachers’ college.

During the two years I feared the worst could happen. This was the time when sporadic attacks were happening all over Garissa town. Churches, bars and restaurants were being attacked. Every time this happened I would ring my nephew to find out whether he was safe. He consoled and reassured me that it was happening down town and they had received strict instructions to stay in the college premises. Therefore, when this happened I easily could relate to the hundreds of parents and families across the country with students in the campus.

As the tragic event unfolded into the 12th hour, my prayer was that as many students as possible should survive unhurt. But as the number of fatalities kept rising from 6, 12, 16, 17, 20, increasing to 60 my heart started to beat fast. But when finally the figure shot to147 I was completely heart broken and devastated.

This was catastrophic. Families have lost their dear daughters and sons. The nation has too lost promising young people and future leaders. 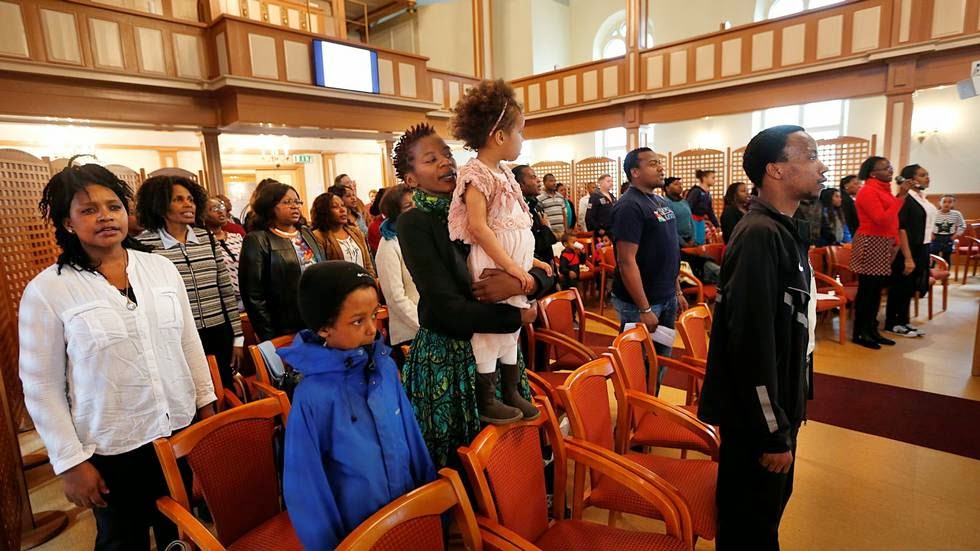 Dear Kenyans, the lesson we can all learn from this and previous terror acts, is never to allow another terrorist attack to occur. We can do this if we take it as our collective duty to be our brother’s keepers. We can do this by doing these three things.

First, we should endeavor to stand united as country during a crisis. It is said that, “a house divided cannot stand”. If we face terrorism as one united people, it will never succeed. But if we allow terrorist to divide us either on political, ethnic, religious and ideological lines, then we become prey to their manipulations and annihilation.

Second, let us support the government and armed forces even when they error because the opposite is not a viable alternative. Support does not mean that we do not criticize and point out mistakes. But by our criticism we should not put them into a defensive mode where they lose focus and proactivity, as we shall all suffer. 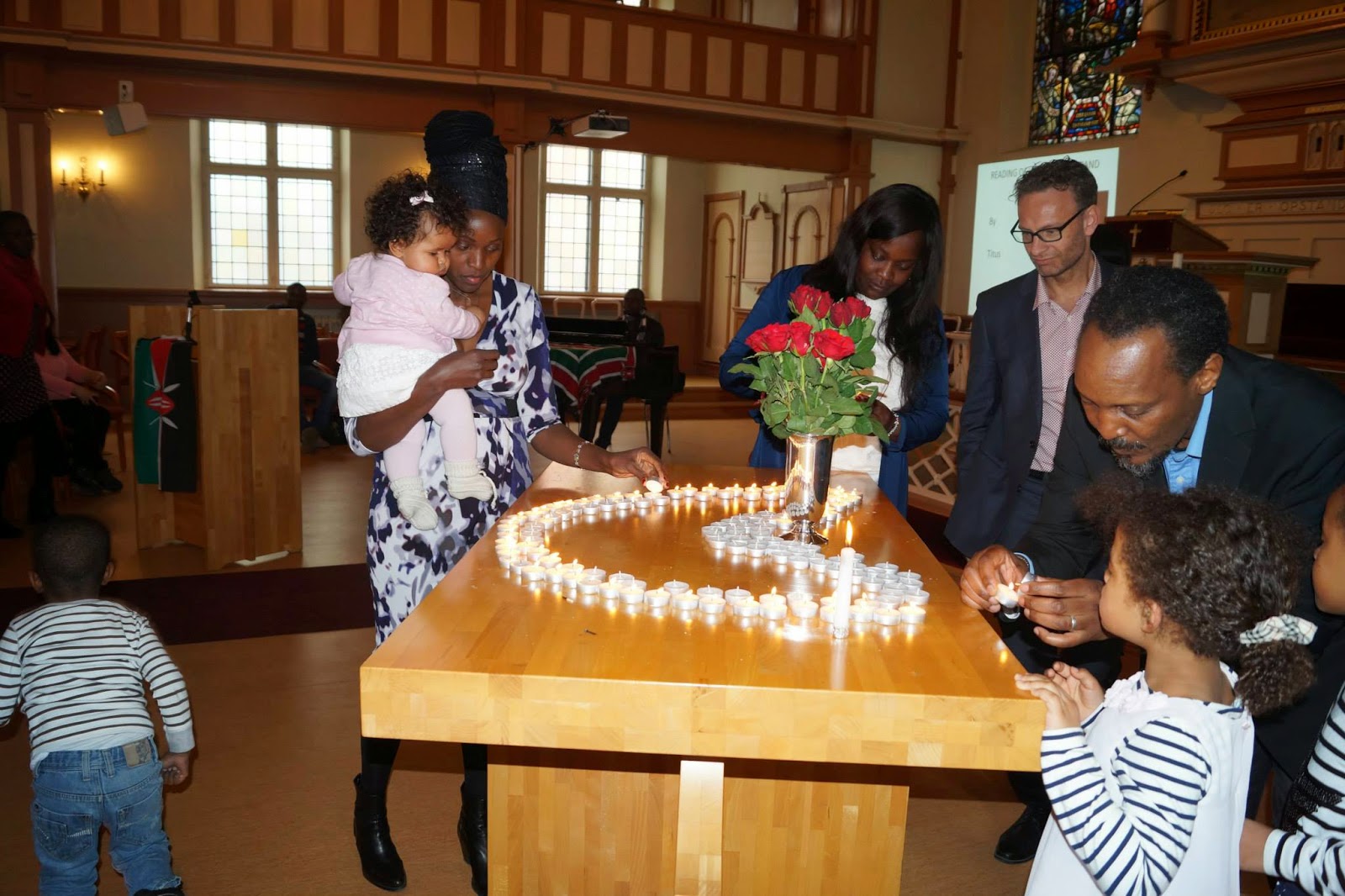 Third, we must do our civic duty as citizens to minimize, mitigate and protect ourselves from terrorist attacks. In law there is something we call contributory negligence. That is, although a third party may be responsible for injury caused to you, the damages you are paid reduce proportionately to your inaction or omission that aggravated your injury. There are a number of things that we as citizens can do.

One, stop corruption. Corruption directly and indirectly aid and abet terrorism and crime.

Two, stop greed for money or easy wealth. Greed for money make us drop our guards and do things that compromise our very existence.

Three, know your neighbors and what they do for a living. Report suspicious characters within your neighborhood. Be vigilant.

I know and trust that together we can defeat terrorism.