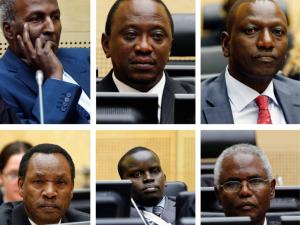 I followed the two Kenya ICC confirmation cases at The Hague closely, and as the curtains drew at the close of the hearings and without the benefit of the confidential sessions of the Court, my final characterization of the prosecution case is Rumours and Perceptions but Little Evidence. This may sound harsh to the prosecution case and victims but bear with me as I demonstrate my reasoning.


Perhaps one aspect which was not clearly exposed by the defence in both cases is that Kenya is a rumour mongering and perceptions’ society. The society thrives on rumours and perceptions about rivals and opponents be they political, economic or ethnic. The problem manifests itself prominently on the political sphere. Having experienced brutal and violent colonial rule followed with dictatorship after independence, Kenyans are highly suspicious about government and official explanation of facts. Even without evidence, the public is inclined to believe unsubstantiated contrary allegations. The situation becomes dangerously contagious when institutions such as opposition parties, media, civil society and religious bodies uncritically repeat and reinforce the allegations. At the same time, personal and mass communication technologies aid the swift diffusion of the rumours. The rumours and perceptions created take a life of their own and become the unofficial truth.

The picture becomes complex because the avenues to access public information freely without being confronted by the "infamous" Secrecy Act are limited. The persons who try to explain the official position are the same people the public does not trust: public officers, police, and politicians. For example, few seem to believe what the spokesperson of the government Dr Alfred Mutua says. However, when an opposition political leader, civil society organisations, media, or other non-government institutions make unsubstantiated claims, people tend to believe them and not Mutua. 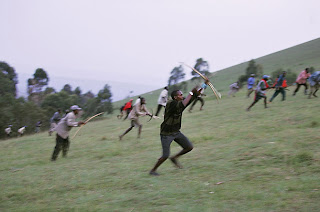 During the pre- and post election many rumours and perceptions were manufactured, traded and spread without caring about their veracity. The most potent were that elections were to be rigged, the incumbent cannot win the election without rigging, it is 1 tribe against 41, the electoral commission was doctoring the presidential results, Ugandan soldiers were shooting and killing Kenyans in the Western province and Nyanza alongside Kenya police officers, the administration police force was being used to rig the elections in favour of Kibaki, the State House was used by Mungiki for meeting to plan retaliation, the police was partial and allowed mungiki to kill and displace ODM supporters in Naivasha and Nakuru, the judiciary cannot be trusted to be an impartial umpire in an election dispute, Mungiki were supplied with police uniform, guns and transported in military trucks to Naivasha and Nakuru, etc, etc.

The confirmation judges will choose either to believe the prosecution claims that they have better evidence than what they have not disclosed at this stage or be persuaded by the submissions of the defence teams that the prosecution have no substantial evidence as they did not carry out independent investigation in the matter apart from relying on rumours and perceptions as narrated by anonymous witnesses and gathered from secondary sources. It might be rather difficult this time round for the Judges to acquiescence to the prosecution evidence as presented in order to confirm the charges.

Whatever decision the Court arrives at, the suspects and victims and the Kenya society have had their day in court. Impunity has been exposed and the failure of the government to investigate and prosecute clearly manifested. But the worst would be the exposition of lack of due diligence in the prosecution investigations, if the charges are not confirmed.
Lagt inn av Dr. Stephen Kabera Karanja kl. 16:07 No comments: